The Argentinian, who leads the championship with just six races remaining, hauled his car into 10th place in the second part of the three-stage afternoon qualifying session, sealing pole on Race 2’s partially-reversed grid by less than a tenth of a second.

The achievement was a remarkable turnaround for last year’s Macau race winner, who qualified 13th for Saturday’s opener, but was then sent to the back of the grid after his team decided to replace a down-on-power engine that had been losing him up to one second of laptime in the flat-out blast along Macau’s shoreline section.

Team-mate Nestor Girolami qualified 18th in the morning and did exactly the same later on; each time providing Esteban with a tow to assist his title hopes.

Having never driven a TCR machine at Macau before Thursday, he was comfortable with his improvement in 24 hours.

KCMG’s Tiago Monteiro starts Saturday’s opener from 15th place, and was confident of making the top 10 in the afternoon and featuring in the reversed-grid mix.

Unfortunately for the Portuguese driver, the winner of Macau’s Guia Race in 2016, a succession of yellow and red flags prevented him from setting a single representative time and limited him to 26th.

Team-mate Attila Tassi, like Tiago, was appearing at Macau for the first time in three years. Recovering from a practice incident, he qualified 22nd in the morning and improved to 17th later in the day.

KC Motorgroup’s wildcard entry, driven by Hong Kong’s Jim Ka To, qualified 27th for the opening race. Ka To, however, was involved in a collision in the afternoon session without having set a laptime, and will have to receive special dispensation to start on Sunday.

Team TRC’s wildcard drivers endured a tough day. James Tang was the fastest of them and went 29th and 28th, despite a spin in the final minute of the opening section of the afternoon running. However, neither lap was fast enough to make the grid for the races.

Terence Tse crashed in both the morning and the afternoon and did not set a laptime fast enough to surpass the 107 per cent qualifying mark either. Following Friday practice, Arthur Law opted not to take part in today’s sessions.

“I think we achieved the maximum today in the afternoon. From the disappointment of practice and first qualifying, and then the engine change, I can’t tell you how amazing in feels to be starting on pole position for Race Two. The guys did an incredible job to get everything changed. Last in the first race, first in the next one… Today’s been a rollercoaster, but I’m so proud of the guys. Tomorrow probably won’t give us much, but we have great potential for Sunday and for Sepang.”

“Today was really hard because we had a lot of things to overcome from practice, but actually we made a good step forwards. My grid positions are not the best, but we did a good team job to help Esteban as much as possible with a slipstream. I didn’t get a big slipstream like him, but I was only 0.4 seconds slower, so that’s quite close actually. The key for the rest of the weekend is to avoid any incidents and try to score as many points as possible to keep us in the running for the Teams’ Championship.”

“The positions were not so good, but I made good progress from first qualifying through to the afternoon, and when you consider my lack of experience at this circuit compared to Tiago, I’m pretty pleased to only be a little bit behind him on time. I could have been faster in the afternoon; but I had yellow flags and was blocked a bit. I think I’d have been right up with Esteban, challenging for a Q2 spot.”

"We didn't so a single flying lap. Yellow flags, cars crashing... We had decent pace and I thought we could challenge for the reversed-grid pole. I'm so frustrated because from yesterday, we knew the speed was ok. Yes we were losing time on the straights, but in the twisty section, the balance was very good. It was just a case of ‘wrong place, wrong time, every time’. It’s the most frustrating qualifying session of my life." 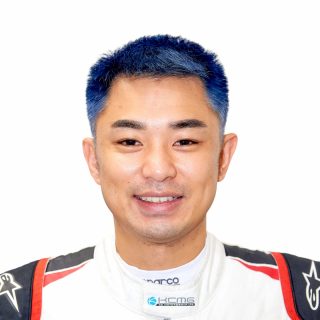 “I lost a lot of track time in practice because of an incident, so I was playing catch-up today. I was the fastest wildcard in the morning qualifying and I was confident of making more progress as I found more comfort with the car later on. In the afternoon session, I was on my first pushing lap, I came out of the hairpin and I just got hit from behind by [Robert] Dahlgren and my session was over. I think he could have avoided hitting me. We will ask the organisers if we can still start on Sunday because we were well inside the 107 per cent mark in Q1.” 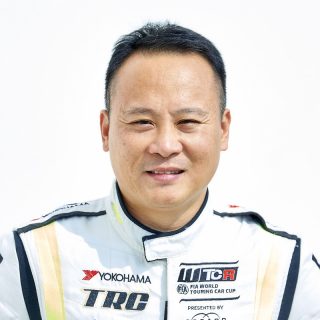 “It’s been a fantastic experience to compete at Macau against the world’s best touring car drivers. This is my 10th time here, but all the other times have been in support events, so it’s a big step up for me and my team. I’m proud to be the fastest wildcard in the afternoon qualifying, but disappointed I wasn’t quite able to get inside the 107 per cent time. I was on target to get in during Q2, but on my last lap I was hit from behind by [Aurelien] Panis. He went ‘bang, bang,’ and I spun. I’m proud of my team and we’ll enjoy the rest of the weekend supporting the other Hondas.”

“I’m so proud of the job done by the crew on Esteban’s car for changing the engine in record time – less than two hours – and the result of being on pole for the reversed-grid race, which was the target, is the most we could have expected today. Starting Race One from the back with Esteban is a huge penalty, but we made good progress from practice and it should put us in a situation where we can maximise our potential to score big points in Race Two – and hopefully win it – and add more in Race Three.”

“The first session was not so bad today and we went into second quali quite confident of being close to or in the top 12, but because of blocking, yellow flags, red flags, the lack of a decent tow and some other things, we didn’t get a clear lap with Tiago, so we were much further back. The BoP isn’t helping us this weekend anywhere, so it’s hard to be fast. We’ll still try to make sure we score points with both drivers.”