Rain-drenched qualifying session ahead of the Japanese TrialGP

Once again, intermittent rain, rain-soaked terrain and mud featured as the top protagonists in the season’s second qualifying round. Toni Bou rode a notable Q1 with the second fastest time, but in Q2, the reigning world champion, looking to improve on the time, had a slip and missed out on the chance to outride his adversaries. Nevertheless, Toni finished with the third best time in the aggregate result of the two qualifying sessions.

Meanwhile, Takahisa Fujinami made two dabs in the first qualifying and chalked up just one penalization in the second. The final tally-up sees the Japanese rider finish tenth and will start from sixth position amongst the TrialGP riders tomorrow.

The first of the two events of this Japanese TrialGP gets underway tomorrow. The Repsol Honda Team riders will have to complete two fifteen-section laps within the confines of the Motegi’s Twin Ring.

The ground was very slippery. We had a good result from the first qualifying lap, but I knew that to start out in the final three I had to speed up. I tried to do in Q2, but it did not work out for me. Even so, we are not unhappy and we are looking forward to tomorrow's trial. We will have several riders ahead and it looks like being a wet event, so we will have a lot of work to do. 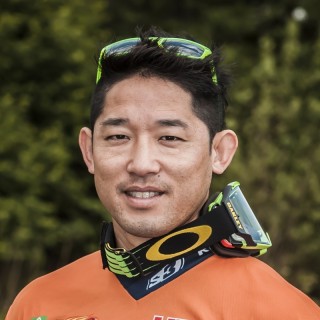 Today I was looking to not make any mistakes, but the terrain was very difficult. In the first lap I made two dabs and in the second I improved, but not enough to start from the rear tomorrow. Tomorrow event will be complicated, I will have Jaime and the other Japanese riders as reference, so it's not bad at all. If it rains tomorrow it will be better to start among the first riders, since the ground will be less slippery.