After the success of David Johnson’s maiden TT podium yesterday, today’s blue riband event of the Senior TT was ultimately a frustrating affair for Honda Racing.

Under increasingly brooding albeit rain-free skies, the six-lap Senior got underway at 1015h local time, and Davo soon settled himself into a strong 6th position. By Ballaugh Bridge on the opening lap, the popular Aussie was up to 5th on the #9 CBR1000RR Fireblade as he set about fighting through the field, much like he did yesterday to reach the podium.

After an impressive opening lap of 130.98mph, disappointment struck at the end of lap two when a vibration caused the crank position sensor to fail, shutting down the bike and forcing to Davo to retire.

He leaves the TT with his head held high though having tasted the champagne with his Superstock podium.

Having elected to sit out the Superstock race yesterday to focus on the Senior whilst recovering from his crash last week, Hutchy battled on in last night’s qualifying and to start the Senior. Not feeling fully fit he gave the race his best shot, but after two laps he entered the pits and retired. 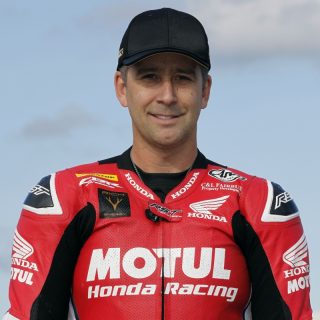 It was a shame for the problem in the race today, as we were settling in nicely and I think on for a decent little result again. I was feeling good and the bike was good, and looking at the splits that second lap was going to be into 133mph but it just wasn't to be. With the Senior today though I couldn't really celebrate the podium last night, so I'm looking forward to being able to do that tonight! Thanks to the team for their hard work out here and of course again for the podium yesterday, which was the absolute highlight, and good job to the organisers for getting all the running done in just a day and a half and giving everyone some great racing. 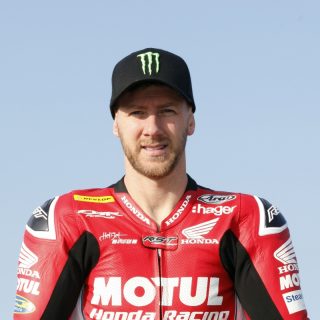 It was a hard day, and it's been a hard week. You have to be on top form to ride here and I wasn't after the crash last week. I tried, but after two laps it was clear we couldn't do it so I had to retire. It's been a hard TT and it's not what we came here to achieve, but that's just sometimes how it is at the TT.

It's been a challenging TT this year, for everyone involved. Of course we had the high of Davo's podium yesterday, but then today was disappointing. Just as Davo was lining himself up in a strong position to keep chipping away towards the podium like he did yesterday, a vibration broke his crank position sensor, which is the first time we've had this happen, and stopped the bike. Hutchy dug deep to ride in the Senior today after the injury he picked up in his crash last week, but unfortunately after two laps just couldn't continue. But to have been running a strong top-five in the Senior, plus the Superstock podium, are the definite positives we can take from the weekend.