Victory for Barreda in the Baja Aragón 2016

Joan Barreda has taken top honours in the Baja Aragón 2016. The Spaniard from Team HRC ruled the roost from start to finish throughout the entire rally. This is his third overall triumph in the event. Teammate Michael Metge, from France, likewise rode a storming final race to land a podium spot.

In spite of starting the day with almost a seven-minute surplus over second place Joan Pedrero, today Barreda was not resting on his laurels. Setting an imposing pace over the 184 kilometre stage against the clock, the rider scorched to victory adding a further minute to his overall advantage. The Baja Aragón is one of the flagship races of the discipline in which points count towards the FIM Bajas World Cup. Barreda took a full house of victories in the special stages of 2016 – the 33rd edition of the event. The final tally sees the Team HRC star accumulate an 8’17” difference over runner-up Gerard Farrés to make it a hat-trick of Baja Aragón victories.

Team HRC brother-in-arms, Frenchman Michael Metge, took everyone by surprise to produce the third fastest time in the final special stage. Metge, on the Honda CRF450 RALLY, showed that, although not being armed with the most appropriate bike for this kind of Baja terrain, he was still able to blaze a trail around the sinuous, dusty tracks around Teruel. Metge moves up a place on the overall leader board to grab a podium place alongside Barreda as third place finisher of this Baja Aragón 2016.

Two other Honda riders – Oriol Mena and David Adrià – rounded out the top spots to finish an excellent weekend for the marque. The two, who are supported by Honda España on behalf of Impala and RedMoto, took fourth and fifth final positions respectively. 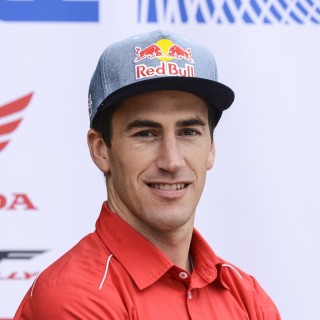 I’m really happy, particularly because we were able to race without making any mistakes, which was our original aim. We set out looking for a very fast pace. There were some stretches where we were really able to push hard. I had to really get to grips with the smaller, more aggressive bike, which will be good for us when we move back to the bigger bike. Congratulations to Metge for the great results, he surprised me with his speed. These are very positive results for the team that will give us valuable information. 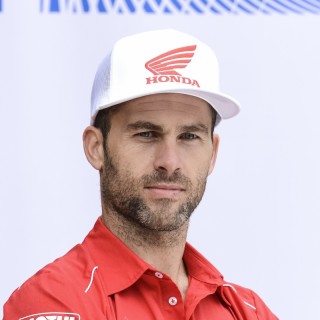 I was very competitive from the first moment and I wasn’t far off the others. I speeded things up a bit and today I saw that I could do it really well. A podium finish is a great result for me and also for the team. We will be very competitive in the Dakar, that I’m sure of. 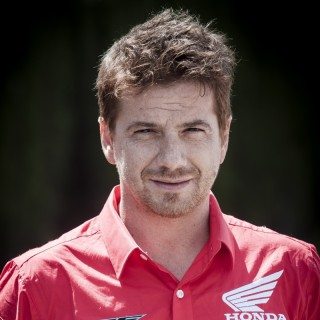 I’m very happy. Joan has controlled the race today the way that we had planned. I would like to thank him and congratulate him on the win. Also, I wish to thank the team for the great way that they have worked here over the last few days here. Michael Metge also surprised me getting a great result with the rally bike which will be really good for us for the Dakar. I also wish to thank all those who have continued to believe in us: the fans, Honda and HRC in Japan who have given us the bikes for this race. I don’t want to say goodbye without dedicating this race to Martino Bianchi, who was unable to make it out here as he was in hospital for a knee operation. Many thanks to all of you.