Round two of the 2020 World Motocross Championship visited the North Brabant, Dutch circuit of Valkenswaard this weekend.

Although Saturday’s qualifying was blessed with sunshine and occasional showers, Sunday’s weather deteriorated as rain fell on the sandy circuit for most of the day’s racing adding to the track’s challenging character.

Although HRC’s Tim Gajser had a poor start-gate position for both races, in race one he blasted his CRF450RW into an early lead and was never challenged – going on to win the race by over 21 seconds. Race two witnessed an early battle for Tim that continued throughout the moto, but he settled for second place and second overall with a valuable 47 points in his MXGP account.

Gajser’s teammate Mitch Evans suffered some bad luck in race one, just a few turns from the start colliding with other riders on a tough downhill section. The likeable Australian unfortunately suffered a dislocation to his right shoulder, but initial examinations show no serous signs of damage and he hopes to return to racing as soon as possible.

In the MX2 class its was Honda 114 Motorsport’s Nathan who took his Honda’s CRF250R to 12th overall, improving on his first race 17th to finish race two in 11th – one place ahead of his teammate Bailer Malkiewicz.

I’m super happy, especially after what happened yesterday and that giving me the outside gate pick. Thankfully I managed to get two good starts and that helped me out massively. I made a lot of quick passes in that first race and then got out front and controlled the race. In the second moto I was behind Jeffrey and we were both pushing hard, unfortunately I got roosted pretty badly and that hindered my vision a bit but overall I’m really happy with the weekend and I can’t wait to get to the next race.

Really disappointed to be leaving here with my arm in a sling, without even managing to complete a lap. I got landed on by another rider in the downhill, which then sent me into a third rider and then I was thrown off the bike. I’ve never dislocated my shoulder before so it was quite painful but we got it put back in and now I have to have an MRI just to see exactly what damage there is. I’m hoping it won’t be too serious though and I’ll be back riding soon, and I’m already looking forward to getting back out there. 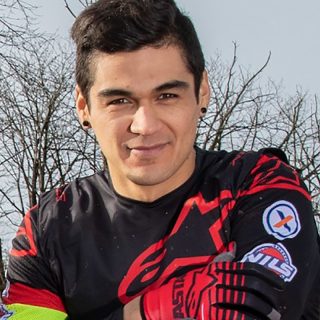 It was a tough weekend again. The weather isn’t playing into our favour at the moment and the track was super-gnarly. These were definitely the worse condition I’ve ever ridden and it’s obviously a big adjustment for me. At least I go away from the weekend healthy and with no injuries. I had a couple of big crashes this weekend so I was pretty happy to walk away from them.

Every time I ride my CRF250R I’m learning new things about bike setup and I definitely know where I belong in the race results so I’ll keep working and try again.

This race tested our bikes and riders to the extreme in this heavy wet Dutch sand and mud.

The results were very positive, but unfortunately we had to do our best to manage injuries for six of our twelve riders.

Tim Gajser had another race win and displayed he has prepared himself better than ever before for the sand conditions.

The MX2 class showed us that our young guns are finding their way into their stride, with a career best result for Bailey Malkiewicz in Moto 2 with an 11th and another tenth for Nathan Crawford.