The FIM World Motocross Championship visited the German circuit of Talkessel, Teutschenthal today in the region of Saxony-Anhalt, close to the cities of Halle (Salle) and Leipzig.

After a run of loose-surface and sandy terrain tracks it made a refreshing change to visit a fast, flowing and hard-packed Grand Prix circuit such as Teutschenthal and the racing proved to be close and exciting in all classes.

In the MXGP class Team HRC’s Tim Gajser raced hard in moto one, pushing forwards from a fifth place start to eventually progress to third position at the chequered flag, only four seconds off a race win after 18 laps of frantic racing.

A better first lap in race two saw Gajser push quickly into second place using the power of his CRF450RW to great effect. Tim then applied relentless pressure on the race leader and on lap 11 he moved into first place and went on to win the race by over 12 seconds.

In the MX2 class, Team Honda 114 Motorsport’s Ruben Fernandez missed this weekend’s race due to a shoulder injury, so it was left to Honda Racing Assomotor’s Stephen Rubini to fly the CRF250R flag and in race one he battled hard inside the top ten to finish the race in ninth.

In race two Rubini started in ninth place and defend his position well until lap six when a small mistake dropped the Frenchman to 12th. Rubini battled back to 11th, but another mistake dropped him 13th where he finished the race, giving him 10th overall – his best result this year so far.

I am so happy with how things went today. To come here just three weeks after surgery and get the moto win, the overall and the red plate is more than I could have hoped for coming into this weekend.

A big thank you to the whole team who worked hard to get me feeling as close to 100% as possible and have supported me throughout. I couldn’t do it without them.

In both races I got good starts and that put me in a position to challenge for victory. I had good lines and although I felt I was fast enough to finish further forward in race one, third was still a good result.

In race two I had another good battle, but this time I could make the pass for the lead and win the race and it was just amazing to cross the line in first. I knew I was feeling better after two weeks of recovery since Sardinia so now I will try to keep this momentum as we go to a new track in France next weekend.

Also, a big thank you to all the fans at the track today and who have messaged me online. It really helps a lot to get that kind of support and it was great to hear so many fans whilst racing today. 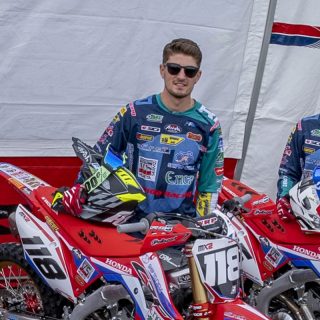 Today was my best result this year which is good, but I’m a little unhappy with my riding because I know that I can do so much better.

In race two I had two small crashes in the same corner and I was very frustrated with myself for this.

We made some changes to my bike setup before this race - changes to the suspension settings and power delivery and I felt so much more comfortable and I could play more with the bike and be creative with my riding. So this is good progress and I look forward to racing in France with my new bike setup next weekend. 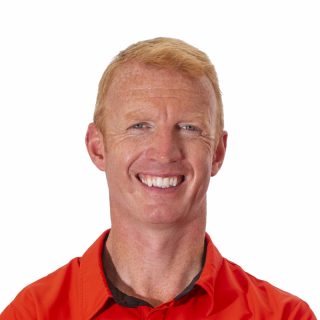 Today we regained the red-plate in MXGP. That stands out and rightfully deserved as we must be mindful of Tim's recovery from injury and still showing why he is the reigning World Champion and current championship leader as defending champion.

I also enjoyed seeing the return to top form in our lead MX2 rider this weekend Stephen Rubini, also fighting against physical injury recovery for some weeks now.

His home race next weekend should be positive as he can carry the confidence and positivity from this weekend across to his beloved French territory in seven days time.

At the same time we hope to see our injured man Ruben Fernandez back on track in France next week too, sadly having to miss today's action in Germany.

There is a hectic run on races ahead for the next six weeks and all our staff and riders working to our goals within our teams face a tough challenge demanding stamina and fighting spirit. The time will pass fast and be full of excitement. I'm looking forward to the next race already.