The final weekend in the Latvian trio of MXGP races was held today – once again at the challenging sandy circuit of Kegums, where to sun shone hard all day making temperatures and conditions tough going for men and machines.

The day began well with HRC’s three time World Champion Tim Gajser firing his Honda CRF450RW into an early lead as he soon settled into an unbeatable pace and went on to win the race easily by almost nine seconds.

In timed qualifying bad luck struck the JM Honda Racing’s Benoit Paturel when his bike was tangled in a stray track cable on the take-off of a tabletop jump. The Frenchman landed hard and although he was in pain he tried to start race one, but had to withdraw soon into the race. Benoit had a medical check and scan, which revealed a fractured to the T12 vertebra and a cracked tailbone. Benoit’s teammate Artem Guryev also suffered an early crash in Race One and hurt his back, which hampered his overall results.

Race Two began with HRC’s Tim Gajser holeshotting the start and taking off into an early lead. A small mistake cost him a race position followed later by an electrical fault which forced an early race retirement.

Gajser’s teammate Mitch Evans battled hard in Race Two pushing hard to come back from an average start in 15th place to cross the finish line in 9th, one place ahead of #89 Jeremy Van Horebeek with another 10th place.

A new addition to JM Honda Racing’s lineup was Kiwi Dylan Walsh who showed great promise in both races with solid starts and determination. With a little more time on the bike we expect to see improved finishing positions from Dylan.

The MX2 class saw four CRF250Rs in the first 16 over the line in Race One. Alvin Östlund came home in 8th place, riding for Team Honda Racing Assomotor followed by Honda 114 Motorsport’s Nathan Crawford in 9th. Alvin’s teammate Stephen Rubini was in 12th and Bailey Malkiewicz in 16th.

Alvin Östlund backed up his first race result with a battle through the pack to finish in a well deserved 10th place to take 9th overall. Stephen Rubini also had a promising second race finishing in 14th to give him 12th overall.

After such a great first moto, where I led from the very start and just felt really good on the bike, I am very disappointed with how the second moto finished. I was in a position to get my first overall but now I just need to put it out of my mind and concentrate on doing as well as possible when we have the next MXGP. I know my team work extremely hard and I will too in this break to keep improving and I am still in second place in the championship and we still have plenty of racing to complete, so I will definitely keep fighting for every point.

I had the goal to be better each moto this week so I’m happy to finish off with a top 10 finish in race two, which gave me 10th overall for the day. I felt a lot better today, and like I’ve said previously, the more bike time I get, the better I’ll do. Really happy with how it all went today, I felt a lot better on the CRF450RW and although I didn’t get the greatest of starts, my riding was spot on so I’m looking forward to getting in a bit more bike time in this break and then coming out swinging for the next rounds of the championship where I’ll be aiming for some top fives. 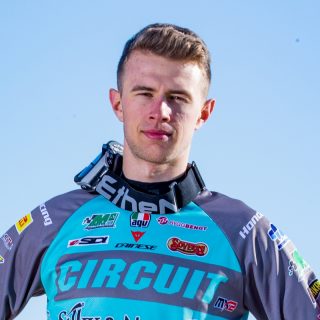 It was a good day for me. In the first race I had a good pace and was feeling strong - eventually finish in eighth place. In the second race I had a good jump out of the gate but came together with another rider and almost crashed, so I had to push hard from the back of the pack. I was strong towards the end of the race and finished 10th. Finishing both races inside the top 10 I’m happy. 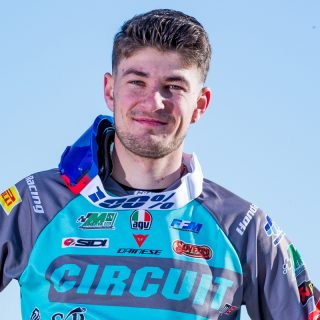 Some improvement with my results today, but I’m still not really happy as it’s not where I’m supposed to be, but it’s an improvement. I’m struggling with my body and I did my best to finish 12th overall. It’s a beginning, so now I’ll work on my weak points and try hard in the next races.

Fantastic race win by Tim in Race One, riding so smooth and yet fast, really nice to see rider and bike working so fluidly.

Jeremy van Horebeek and Mitch Evans both displayed strength and improvement by placing their CRF450R bikes into the top ten in both motos.

Our new rider Dylan Walsh made a very impressive debut with great starts and early laps, with some time to prepare before the next event we should see his physical condition come up to join his pace.

Unfortunately Benoit Paturel was victim of a fault with the circuit where an underground cable created a heavy crash for him in timed practice, fracturing vertebrae in his back and tailbone.
I wish him a successful recovery back to full health asap.

MX2 saw our young guns place inside the top 10 well, and real encouraging improvement from Bailey Malkiewicz fighting his way forward. Stephen Rubini showed heart and strength to overcome a difficult week of racing for him, this final day of racing showed Stephen more like his stronger self, a welcome sight and onwards and upwards from here.