Honda riders led each day of the tests, with Crutchlow fastest on day one, then Marquez and finally Pedrosa, who was able to better the entire MotoGP grid, despite spending much of the time focusing on assessing new parts and perfecting his race set-up. The trio’s pace underlines HRC’s excellent offseason work as Honda goes for a hat-trick of both MotoGP Riders and Constructors World Championships.

MotoGP machines saw action in Thailand for the first time on Friday morning, ahead of the inaugural Thailand Grand Prix to be staged at Chang on October 7th. These three days were a chance for riders and manufacturers to get acclimatized to the 4.6km (2.83 miles) circuit, while MotoGP tyre supplier Michelin was able to assess the venue’s demands on tyres. Riders were thankful for three days of perfect weather that featured searing heat and high humidity.

Interest in motorcycles and in MotoGP are booming in South East Asia, so much so that Chang’s main grandstand was full almost to capacity on Saturday, even though this was only a test.

The circuit’s 12 corners offer a mix of high-speed straights, low-speed hairpins and a sinewy final section that demands high corner speed and maximum commitment. The 2018 RC213V proved to be strongest of all around the lap, with Pedrosa, Marquez and Crutchlow all happy with progress.

Pedrosa, who is set to contest his 13th season with the Repsol Honda Team, confirmed his initial feelings with Honda’s 2018 engine from Sepang, and worked on set-up while evaluating a number of new parts; including a carbon-fibre swingarm, which provides a different feel at the rear of the bike.

The former 125cc and 250cc World Champion’s speed was impressive – a full three seconds quicker than the circuit’s World Superbike lap record. Quickest here and second-fastest at Sepang, there’s no doubt that the 32-year-old is looking forward to the final preseason tests in Qatar at the start of next month.

Marquez set his fastest lap on day two – the first sub-1 minute 30 second lap ever seen at Chang – and ended the three days just 0.188 seconds behind his team-mate. No one can accuse the six-times World Champion of resting on his laurels – he rode a mammoth 97 laps on Saturday and another 96 laps today.

Marquez celebrated his 25th birthday on Saturday but didn’t let that distract him from the task of evaluating important parts, including the 2018 engine he first tried at Sepang and more new aerodynamic bodywork. He now feels sure which engine he will use for the 2018 season.

The youngster could have been even faster today but didn’t use a new tyre at the end of the afternoon to go for a time attack. Most importantly the Spaniard knows that his consistency was a match for anyone.

Crutchlow backed up the Repsol Honda riders with another fine showing, his best time over the three days just 0.283 seconds behind Pedrosa. The 32-year-old Briton was also delighted at the potential of Honda’s 2018 engine. He rigorously stuck to his task of testing and re-testing a number of new parts each day, before launching a time attack. And he might have been even faster if he hadn’t made a small mistake at the end of today, which put him off the track.

For the second consecutive test, Takaaki Nakagami (LCR Honda IDEMITSU RC213V) was the quickest of MotoGP’s five 2018 rookies. The two-times Moto2 race winner was one of the sensations of the test, ending up tenth fastest, only 0.675 seconds behind Pedrosa.

The Japanese youngster, who has experienced bigger capacity machinery in the Suzuka 8 Hours, continued to make small adjustments to his riding style, and acknowledges that he still needs to hone his technique during the vital corner-exit phase.

On Saturday, Nakagami received a helping hand from the reigning World Champion, when Marquez instructed the IDEMITSU Honda rider to follow him on track. That helped Nakagami get closer to the leaders. Today he did his time alone.

Reigning Moto2 World Champion Franco Morbidelli (Estrella Galicia 0,0 Marc VDS Honda RC213V) also continued his adaption to the MotoGP class. The Italian believes he has made good progress since his previous outing in Malaysia. He is optimistic about his pace on used tyres and his best lap was also impressively quick for a rookie, less than a second off Pedrosa’s fastest.

Throughout the tests Morbidelli was keen to keep things simple, never making radical set-up changes, instead focusing on adapting his riding technique to the bike. The 23-year-old feels that his pace on new soft tyres still needs work – something to work on at the final preseason tests.

Honda’s third MotoGP rookie Thomas Luthi (Estrella Galicia 0,0 Marc VDS Honda RC213V) was pleased to gain more time aboard a MotoGP machine. The Swiss rider is playing catch-up after missing what should have been his first MotoGP tests with Honda at the end of last year, due to a painful injury sustained during the final stages of his Moto2 campaign.

Luthi, who won the 2005 125cc World Championship with Honda, managed to improve his personal best by more than 1.3 seconds from Friday to Sunday, so he was content with progress at the end of each day.

MotoGP teams and riders gather for their final preseason tests at Losail, Qatar, from March 1st to 3rd, when they will add the finishing touches to their 2018 machines. The Losail International Circuit hosts the first race of this year’s 19-race season on March 18th.

“We leave Thailand with positive feelings. The test was quite tough as the temperatures were high, and we worked really hard over the three days. In the end we didn’t have many tyres left, so we had to carefully manage the planning of our work. We worked on many aspects of the bike’s set-up, and step-by-step we improved our speed and pace. Among other things, today we tested a carbon swingarm that’s a new area for us to work on, so we’re still in the process of learning and of finding the feeling. I’m very happy with the job my team is doing at the track, and with what the engineers are doing back in Japan. They’re really helping us to improve, and this is good and gives us confidence. Hopefully we’ll be able to continue this trend at the final test in Qatar, which will be very interesting as conditions will be different.”

“I’m very, very happy with what we did today, as we completed many laps and were able to improve the bike’s set-up in several areas. Our lap times today were slower than yesterday, but we worked differently and I didn’t push for a time attack. We completed a 20-lap long run with a strong pace, and I also felt good from a physical-conditioning point of view, which was very satisfying. Today we worked on some new things, including a carbon swingarm that we had already tried, so we were able to do some back-to-back tests. Of course we’re just starting our work on that, so we’re still in the phase where there are both positives and negatives and we need to understand it better. The new aerodynamics was quite positive, I liked it today. It requires a little bit different riding style, but I managed to be very consistent on used tyres with it so I’m happy about that as well.” 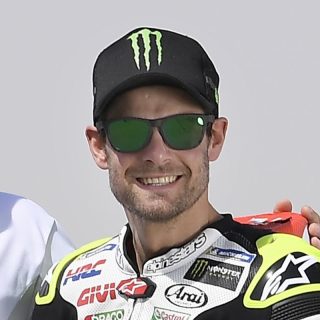 “It was a good enough day today, we are happy with our pace. We were lucky to get a full day’s testing in and get through our plan. At the end of the day we wanted to put in a good lap-time but unfortunately I pushed too hard and ran off the track. I stayed on the bike, but it would have been a good lap and another morale boost. It doesn’t really matter though because we were already consistently fast throughout the day. I set my best time with the medium rear tyre and a used hard front tyre which is positive. We did some good runs throughout the day, as a team we have worked very well and we’re also pleased as a team for how well Taka (Nakagami) is riding too. He’s shown a lot of people and a lot of the riders what he can do in MotoGP.” 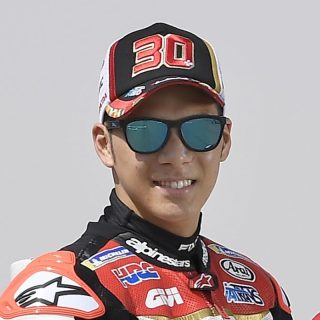 “I’m really happy with the three days overall, both in terms of the lap time and the position in the field. We have made lots of improvements, with the bike, with the team – getting to know each other even better. I want to say a big thank you to the LCR Honda IDEMITSU Team because I am very happy with our progress over these days. To finish inside the top ten for the first time is a really good thing, but we still need to work hard in Qatar when we get there. Let’s see what happens, but I hope we can continue in this way and I’m sure it will be a good test over there before the season starts for real.” 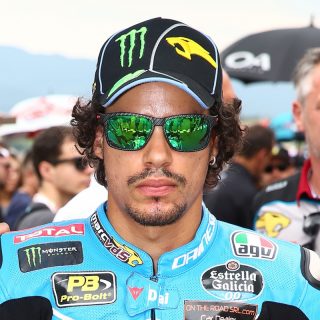 “I’m really happy with this test, which we finished well today. We’ve worked hard trying to understand better how to get the best from the bike and tyres and finally we found a good direction. We improved and I managed to post a decent lap time to end the test. We went forward, which is the most important thing, because this is my main objective; to always move forward. I have to say thank you to my crew, because they have helped me a lot and we are working well together. Now we need to continue in the same way in Qatar, increasing even more our understanding of the bike, the tyres and the set up.”

“We saw progression on each of the three days here in Thailand and I think that’s the most important thing. It was quite tough at the start today because our progress seemed to stall; we were looking for better lap times, but they didn't come. We decided to make a step back with the bike, trying to get a feel for some changes to the set-up and this was quite interesting. Towards the end of the day I started to get a better feeling with the front and this helped me a lot, allowing me to go a little bit faster and close the gap a little more to the guys at the front. Now we need to continue in the same way in Qatar if we’re to be ready for the first race of the season.”