Marc Marquez (Repsol Honda RC213V) will start his home race from pole position after setting an electrifying pace at Catalunya, outside the city of Barcelona.

The two-time MotoGP Word Champion was in stunning form as he sped to a fastest lap time almost half a second quicker than closest competitor Jorge Lorenzo (Yamaha).

Fellow Catalan rider Dani Pedrosa (Repsol Honda RC213V) made it two RC213Vs on the front row with the third fastest time, his best qualifying performance of 2016.

However, today was a sombre day for the entire MotoGP community, following the tragic events of yesterday when Moto2 rider Luis Salom lost his life after a fall during afternoon practice. Honda extends its deepest condolences to Luis’ family, friends and team. This weekend’s meeting continues following consultation with his family, other riders and MotoGP’s Safety Commission.

In response to Salom’s accident at turn 12, the Safety Commission decided to switch to the circuit layout used by Formula 1 cars. This layout includes a chicane following turn 12, which slows speeds into the corner, and a tighter version of turn ten. Riders had today in which to perfect machine set-up for a considerably different second half of the lap.

Marquez and his crew worked brilliantly to optimise bike agility through the rapid change of direction in the corners immediately following turn 12. The 23-year-old, who trails championship leader Lorenzo by ten points, scored his 61st career pole in brilliant style despite an earlier tumble.

Team-mate Pedrosa’s best time was 0.718 seconds off pole and good enough for his first front row start of the year. The former 125cc and 250cc World Champion has spent the weekend using a new chassis and building on the promise of Mugello, where he finished a strong fourth. Tomorrow he will aim for his first victory at Catalunya since 2008.
Showing good pace throughout the weekend, Cal Crutchlow (LCR Honda RC213V) built on his third best lap time in FP4 to qualify seventh. The Briton found the fast change of direction in the final sector difficult to adapt to but used his late-braking prowess to make up considerable time in the circuit’s other heavy braking areas.

Jack Miller (EG 0,0 Marc VDS Honda RC213V) ended today 19th fastest as he struggled to find a good feeling with the front tyre. The Australian fell twice yesterday but has improved his race pace and is hoping to match his 2015 Catalan outing when he finished 12th, his best rookie MotoGP result.

“We’ve worked well, and this morning we had a good feeling, but that fact was covered up because my crash was on the bike that I liked more. I felt very comfortable in FP4, with a good pace when using race tyres. We did a very good job and everything together meant that things worked out well. I’m very happy with the pole position, but we’re already thinking about the race. I don’t know what will happen tomorrow, but I want to dedicate this pole to my grandmother who passed away two weeks ago and to Luis Salom.”

“I’m very happy with a place on the front row; it’s important for me because I had been trying for it all season. Tomorrow we’ll use the new chassis that we’ve been trying here over these two days, and we’ll have to figure out which are the best tyres to have a good race. Today I tried to do my best on the bike to improve in all aspects and in every section, but obviously the last sector is new and it tests the ability of each rider to learn a track quickly. In any case, it certainly is a difficult part. In qualifying I made a few mistakes here and there, although fortunately I was able to get a spot on the front row. Anyway I don’t want to forget what happened yesterday, I knew Luis and his family well, as I started racing with him a long time ago with minibikes in Mallorca. He was a strong and positive guy – I will never forget him”. 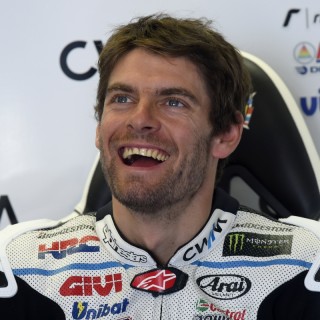 “First of all, after an upsetting day yesterday, I think all of us feel that riding was the best decision to take. The riders in the Safety Commission had to do the best job we could to take the safest option. The new layout isn’t ideal for a MotoGP bike. But I’m happy with the way the bike is performing and we’ve done a good job this weekend. I had a small problem in FP4 with vibration that carried through to qualifying, which we think came from the tyres. I qualified seventh and half a tenth off the front row so I’m happy.”

“I’m not too thrilled with my starting position and for the moment I seem to have found my limit to be really confident to push for a faster time at this circuit. I did my best lap riding alone and although I lost a little time when I missed a gear in the third sector this did not make a big difference. Now we just need to look at what we can do for the race and try and grab some points." 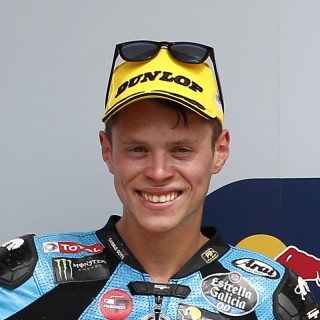 “The changes in the track layout did not help me because it requires more physical effort, especially in the chicane complex before the final corner. But with the condition of my collarbone injury I am just happy to be on the grid for my home race in front of my family, friends and fans. It will not be easy but I will do my best to get a good result.”