For the second time in as many races Marc Marquez (Repsol Honda Team RC213V) entertained hundreds of millions of MotoGP fans around the world with a thrilling battle for MotoGP victory, only to lose out at the very last corner.

The reigning MotoGP World Champion’s hard-fought second place nonetheless increased his lead in this year’s points chase. the result was his 88th premier-class podium finish, which makes him the sport’s equal most successful podium finisher, alongside 1960s and 1970s legend Giacomo Agostini. With 12 of 19 races done Marquez leads the Riders World Championship by 78 points from Andrea Dovizioso.

Meanwhile Honda improved its advantage in the Constructors World Championship to lead the series by 45 points. This year the company aims to continue its record-breaking progress with a 25th crown in the 40 years since it returned to Grand Prix racing at the 1979 British Grand Prix.

Today Marquez’s great rival was compatriot Alex Rins. The pair dominated the race from the early laps, following a turn-one incident in which fourth-fastest Fabio Quartararo crashed out, taking with him Dovizioso, who two weeks ago in Austria beat Marquez by two tenths of a second after another breath-taking battle.

Starting from pole from the 60th time in MotoGP, Marquez led most of this afternoon’s race, trying to escape Rins. But in the end he had to fight a straight duel for victory with the youngster who seemed have more grip from his tires in the crucial final stages. At the end of the penultimate lap Rins rode around Marquez at the final corner to take the lead. But Marquez immediately counter-attacked, regaining the advantage at turn one. He stayed there until the final meters of the last lap, when he had a high-speed front-end scare, which allowed Rins to take him on the inside at the last corner, with mere meters to go.

At the checkered flag the pair were separated by just 0.013 seconds, making this the fourth-closest premier-class Grand Prix finish since the World Championships started in 1949.

Marquez always races to win, despite his huge series lead, but despite his disappointment with today’s final result he was happy that his latest battle had entertained the sun-blessed Silverstone crowd. He has won six of the 12 races so far this year and now has seven races left in which to secure his sixth MotoGP crown in the seven seasons he’s raced in the category.

His next duty is a pre-race test at Misano, where he will try various technical settings and parts upgrades before the next race, as HRC engineers continue their never-ending quest to improve machine performance.

Marquez wasn’t the only Honda rider hoping to be in the mix for a podium finish today. Local hero Cal Crutchlow (LCR Honda CASTROL RC213V) had high hopes of a top-three result, but it wasn’t to be. The 33-year-old Briton has started from pole here and finished on the podium here in recent years, but today’s race was compromised by a third-row start, the result of a minor tumble during yesterday’s qualifying session.

In the early laps of the race Crutchlow looked like he may be able to join the lead group, but he didn’t quite have front-running pace. The crowd favorite spent much of the race contesting fifth place with front-row starter Jack Miller, whom he beat by less than one second, both of them struggling with rear grip. This result keeps Crutchlow in the contest for top Independent Team Rider, with Miller and Quartararo.

Jorge Lorenzo (Repsol Honda Team RC213V) achieved his target at his return race, after an eight-week layoff following the back injuries he sustained during practice for June’s Dutch MotoGP round. The 32-year-old Spaniard is far from fully race fit due to lack of recent riding time, but he needed to return here to commence his step-by-step return to full strength. The three-times MotoGP World Champion finished the race in 14th position, gradually reducing his lap-time deficit to the leaders over the weekend. He hopes that his strength will now increase with each outing, starting with the upcoming Misano tests.

Takaaki Nakagami (LCR Honda IDEMITSU RC213V) was aiming to continue his remarkable run of top-ten results and looked like he would achieve another great finish here. The 27-year-old from Chiba was leading a group of top riders contesting eighth place when he slid off at one-third distance. The former Silverstone Moto2 winner bravely remounted his 2018-spec RC213V to continue the race, finally taking the flag in last place. He will be hoping for a better result next time out.

The next Grand Prix, the San Marino GP, takes on September 15 and is followed immediately by the Aragon round, in Spain, on September 22. 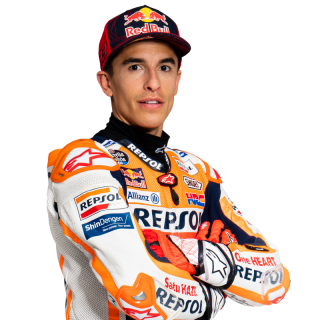 I am happy with the result for the championship but not the result of the race, because to lose out in the final moment after leading is not the best feeling. Spending the whole race in front is difficult here because you use more of everything. I tried to go slow for one lap to see if Rins would lead, but he didn't and I knew [Maverick] Viñales was behind us so I kept pushing. My target wasn't the race, it was the championship and if the Yamaha riders arrived maybe we could have finished lower. In the last turn I had a moment on the front and had to close the gas which let Rins through but we are happy because we leave with 78 points over second, but I hope Dovi is OK after a big crash like that. I hope he can recover well and return because it is always better when you earn the points fighting.

I tried my best at the start to be able to push, but the tire wasn't quite there. I felt a lack of grip immediately in the race and I knew I wouldn't be able to battle with the other guys. It was pretty similar to what happened in Mugello. But to finish 19 seconds behind the winner here is not acceptable, not from me and not from my team. We tried our best this weekend and we had pace, there was no doubt about that. Yesterday I was able to go one and a half seconds faster than I was at the end of the race, it's just strange how some tires are fine and some aren't. Don't get me wrong, it would have been difficult to win the race regardless, but I should have been a lot further up than I was.

Today went better than expected. Coming into this race I knew it would be difficult and I was thinking that maybe I will finish one minute or more behind the winner because all weekend I have been about three seconds slower than the fastest time. To finish within one minute of the winner and to take away two points is a good reward for a demanding race. I was able to learn more about how to conserve the tires as well as testing my fitness so I am pleased. Right now I am sore, but I will be stronger for the Misano test and then again in a better physical condition for the Misano race. 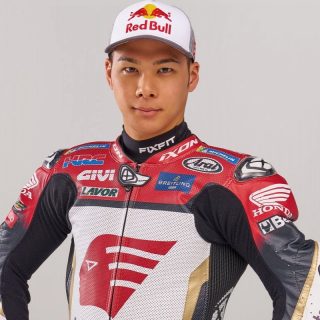 I didn't expect this crash during the weekend, from Friday to the warm-up we did a great job and gradually closed the gap. I expected our pace to be about two minutes high to middle and we made a good start. In the beginning I lost a bit of time with Pol (Espargaro) but once I overtook him I started to recover my pace and followed Jack (Miller) again. But at turn 16, after the apex when I came off the brake and started to touch the throttle, I lost the front grip and had no chance to recover it. I'm very disappointed and sorry for the team because the weekend was not so bad and our pace suggested we could fight for the top seven or eight. But we lost this opportunity and I'm very disappointed in myself, but these things happen in racing because I was pushing.