Honda’s Marquez on a Mission at Misano

Honda MotoGP rider Marc Marquez (Repsol Honda Team RC213V) will be on a mission at resurfaced Misano – to expunge the memory of his recent Silverstone crash and show once again that he has returned to his familiar dominant form after a so far difficult 2015 season.

The defending double MotoGP World Champion was fighting for the lead with eventual winner and championship leader Valentino Rossi (Yamaha) in the rain-hit British Grand Prix when a small slip turned into a race-ending crash. This ended a run of four races in which he had been twice first and twice second, rekindling his hopes of a second-half comeback to make it three titles in a row.

Mathematically, with six races remaining, the task is possible, and while zero points at the last round in Britain make the challenge even more difficult, the 22-year-old’s strategy is unaffected. With nothing to lose and everything to gain, the target is race wins and maximum scores, and to see if misfortune will play against his rivals for a change.

Marquez, already 125cc and Moto2 World Champion when he took a youngest-ever rookie premier-class crown in 2013, has won three races this year, and finished off the podium only twice – but four race crashes have affected his overall total.

The star rider from Cervera, inland from Barcelona, has a three-win Misano record, once in 125 and twice in Moto2; and was second in MotoGP in 2013. Last year, however, he slipped off while disputing the lead, remounting to score one point in 15th.

Team-mate Dani Pedrosa (Repsol Honda Team RC213V) has yet to add to his tally of 26 MotoGP wins this year, but the former 125cc and double-250cc champion has been steadily gaining momentum on his own come-back trail.

The 29-year-old career-long Honda rider missed three early races for radical arm-pump surgery. Since his return, he has twice finished on the podium, and backed up those results with a string of top-five finishes to climb steadily up the championship order, currently seventh. His best finish was second in Germany, in a Honda one-two behind Marquez.

Pedrosa is also a Misano winner, taking premier-class honours in 2010. In eight visits to the circuit, he has stood on the podium five times, and once finished fourth. Both factory riders tested at Misano before the summer break.

Two more riders campaign the powerful Factory Option Honda, both from England, with former World Supersport champion Cal Crutchlow (LCR Honda RC213V) the more successful overall, in spite of a number of tumbles. On the podium in Argentina, Crutchlow crashed out at Brno and again at Silverstone, this time when team-mate Jack Miller (LCR Honda RC213V-RS) fell and took him down with him. Sixth at Misano in 2013, Crutchlow is anxious to avoid trouble and return to his regular strong top-ten finishes.

The second Factory Option Honda rider is Scott Redding (Estrella Galicia 0,0 Marc VDS Honda RC213V), whose sixth place at his home GP at Silverstone the weekend before last was his best result this year. Redding, a former Moto2 runner-up, was top Open Honda rider last year, but has taken time this season to adapt to the more powerful factory-spec machine.

The two are equal on points, each with a best of 11th place and with hugely different levels of MotoGP experience: while this is Miller’s debut year, Hayden is in his 15th season, and was Honda’s MotoGP World Champion in 2006.

The American’s team-mate, ex-Superbike star Eugene Laverty (Aspar Honda RC213V-RS), has finished in the points three times in his first MotoGP season; but former Moto2 race winner Karel Abraham (AB Motoracing Honda RC213V-RS) has yet to open his score, after a difficult season interrupted when he missed four races due to a foot injury that continues to hamper his progress.

The first Grand Prix at the 4.226 km/2.626 mile Misano circuit was in 1980. The track close to the seaside became a regular fixture until 1993, when triple champion Wayne Rainey suffered serious injuries. It was taken off the calendar directly.

Almost 15 years later, the redesigned, reverse-direction Misano World Circuit rejoined the calendar with the rebirth of the San Marino GP in 2007. The new clockwise lap introduced a particular challenge at the end of the back straight, where a series of progressively slower right-hand corners require precise braking, and also test tyres and machine set-up. The overall layout is tight with a number of slowish corners, six left-handers and ten to the right.

Two weeks after Misano the MotoGP paddock reconvenes in Spain for the Aragon GP on September 27, which is followed by three flyaway races in Asia and Australia.

“Obviously I’m disappointed to have crashed out of the race in the UK, but I was pushing and this can happen when the weather is like that. Of course the championship is getting further away from us but we were back fighting at the front and this is definitely a positive. Now we head to Misano which is a pretty small and slow track. We were testing there before the summer break so I hope the data from that test can help us with the setting this weekend. It’s a delicate balance getting the bike right to suit the demands on braking at this twisty track and let’s hope the weather is nice after our last race weekend!” 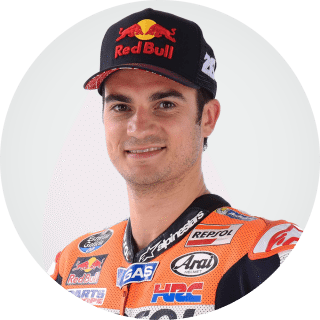 “Silverstone wasn’t the race I – or anyone – was expecting. I felt positive over the course of the weekend, but on Sunday in the rain I struggled to find a good feeling. We finished the race, which is important, but this weekend I hope to make another step forward to fight at the front. Misano is a special place and always has a great atmosphere. Let’s hope the sun comes out and we have good weather all weekend so we can start working hard from Friday. It’s a short lap but intense with many overtaking points and it’s quite bumpy, so set-up is key. Let’s hope that the work we did there in testing will assist us.”

“Feeling as good as we did in the race at Silverstone is a rarity, but there’s some races where you feel untouchable, and that was one of them. At the time, I was cruising around wondering why they were going so slow, even though we were all right at the limit. I felt good with the bike. I felt sorry for the team, because they got no reward for a hard day’s work. Now we’re going to Misano, a track that should suit us. I hope we can get our season back on track then after some difficult results.” 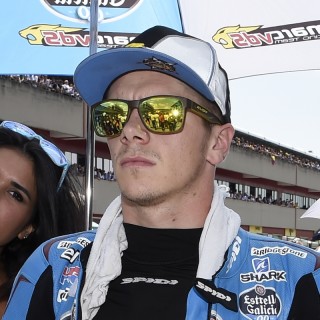 “Misano is a very different circuit to Silverstone. It’s still got some fast corners but it’s also more technical in places. I normally enjoy racing there, but we will need to see how the resurfacing has changed things, as it’s likely to be more abrasive, which means tyre wear could be an issue. I hope we can maintain the form from Silverstone, but it all depends on how my Honda works at the track. If the bike works then I hope we can keep making improvements in free practice and secure a place directly in QP2 once again, as this takes some of the pressure off in qualifying. And it’s critical for a good race result.” 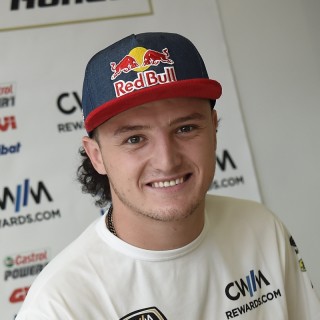 “Everyone was disappointed with the outcome at Silverstone for sure but Cal was really good about it. He knows it was racing and that was a racing incident. Anything can happen. We had fourth and fifth, but life goes on! I’m looking forward to going on to Misano now, and we’ve got a test the Tuesday after too. We haven’t had the biggest amount of test time this year, as you know, so I’m looking forward to that too, to get a better grip on the bike, because it has a lot of potential.” 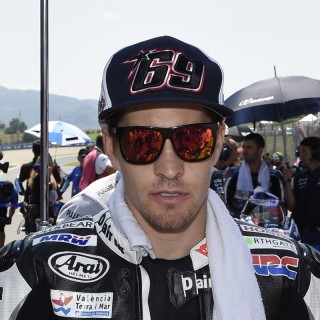 “Misano has never been a track that I’ve gone particularly well at, and I missed the race there last year. They’ve resurfaced it, and it’s a fun event and a fun race. We don’t expect anything easy. We know at this point that weekends are tough and it would be nice to get a good result. The team is doing a good job in terms of improving to make sure I can do my best on Sunday in the race. We need to stick with that deal, that theme, not lose our way and stay focused.”

“I was able to make some good lap times in the dry at Silverstone but it was quite frightening. I thought the bike felt nice but then I saw myself on TV on Saturday morning and I thought, ‘Wow.’ Compared with the other Hondas my bike was moving around a lot. It’s clear that we need to improve the chassis setting to allow me to ride it in a comfortable way. We can’t seem to catch a break recently. After 12 rounds now I just want to get that result that the whole team deserves.” 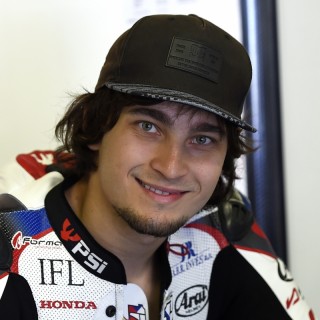 “Last year Misano was a great race for me. I hope we can come back a little bit more. I know the foot is still going to be a pain, because it’s not really comfortable. The doctor told me that it could take a couple more months to heal, which is not great, but I hope it will be in better shape. I will try to make as much physiotherapy as possible. I may try some motocross in between the races, which could be very painful, but might do something to try and help. We will see.”