Debut EWC win for the all-new Fireblade at Le Mans

F.C.C. TSR Honda France showed the endurance capability of the all-new CBR1000RR-R Fireblade SP in its debut outing in the FIM Endurance World Championship, winning the legendary 24 Heures Motos at Le Mans, completing 816 laps and holding the lead for the majority of the 24-hour race with Freddy Foray, Mike Di Meglio and Josh Hook.

Starting the race from fourth position yesterday (Saturday 29 August) in dry conditions, Di Meglio took the race lead on his second lap until the end of his first stint. The #5 Honda CBR1000RR-R Fireblade SP was in second place after the first pit stop just before the weather turned and rain fell across the Bugatti circuit. However, not fazed by the changing conditions, the team stormed back to regain the lead.

At the end of the first eight hours of the 43rd edition of the 24 Heures Motos, F.C.C. TSR Honda France were still holding on to first place and scored the 10 bonus points awarded after the first third of the race. The team spent the whole night at the front of the pack, maintaining the lead over their rivals, to collect a further 10-point bonus at the end of the 16th hour. During the night, Di Meglio even set the race lap record with 1’36.985.

The trio of riders did not make any mistakes during this picture-perfect race and eventually crossed the line taking the chequered flag to win the 24-hour race aboard the extremely reliable brand-new, Honda CBR1000RR-R Fireblade SP. The result sees the team collect valuable points which moves them into second position in the provisional FIM Endurance World Championship standings with a total of 87 points.

Freddy Foray, Josh Hook, Mike Di Meglio and the F.C.C. TSR Honda France team will now look forward to the last round of the 2019/2020 FIM-EWC Championship, which takes place on 26 September in Portugal, where they hope to win the title back. 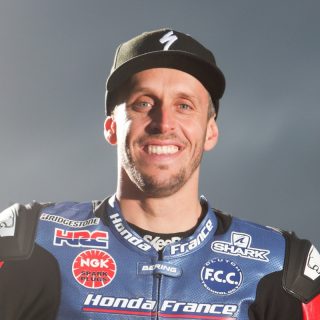 When you look back, you realise that the Fireblade made its first steps and won the race today. I just want to say a big thank you to this team for achieving an incredible performance because at the start of the week we didn't know what to expect from a bike that started from scratch. Sharing this with the team and my teammates is fantastic too. I would like to congratulate Mike for riding really well and also Josh who was injured and made it through to the end. This is the second win we've shared here with the team and it's great. A few weeks ago we didn't even know if it would be possible to race because of the sanitary situation and today we are in Le Mans and we won the race, it's just magic! 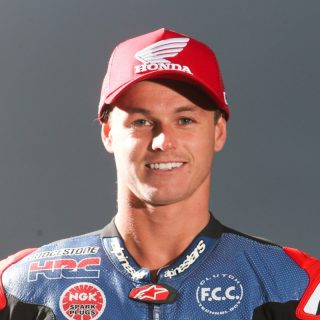 It was an unbelievable race! We headed in this weekend with the new bike, the team had only few months to prepare it and we arrived here and got the job done. The new Honda Fireblade SP is amazing, straight out of the box it’s already competitive and surprised us all, riders and team, because we went faster on that bike than on any other bike directly. We kept on improving the bike and we arrived in Le Mans with a bike that was able to win the race, and we knew that from the start. A massive thank you to the team and our partners that worked so hard to get this new bike up and running. They deserve this victory and I’m happy that Freddy, Mike and myself were able to do it! 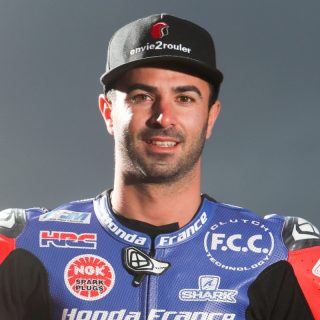 It was a crazy race! Right from the start I thought that the race pace would be much faster, and as we were starting from a new machine I was ready to accept to let my rivals go. I made a good start and I was second behind Gregg Black, who I quickly overtook at the end of the first lap, and then I started to ride with my own pace. I was quite surprised to see that I was able to build up a gap so I calmed things down a bit during the first stint. When a few competitors started to make mistakes with the tricky conditions, we chose to stay focused on our pace. Then during the night, I started to understand how the bike worked and to have fun with it, and I set quite good lap times. The team did a really fantastic job on the new Fireblade SP, we trained as much as we could during the whole Covid period and we won in the end, that's great.