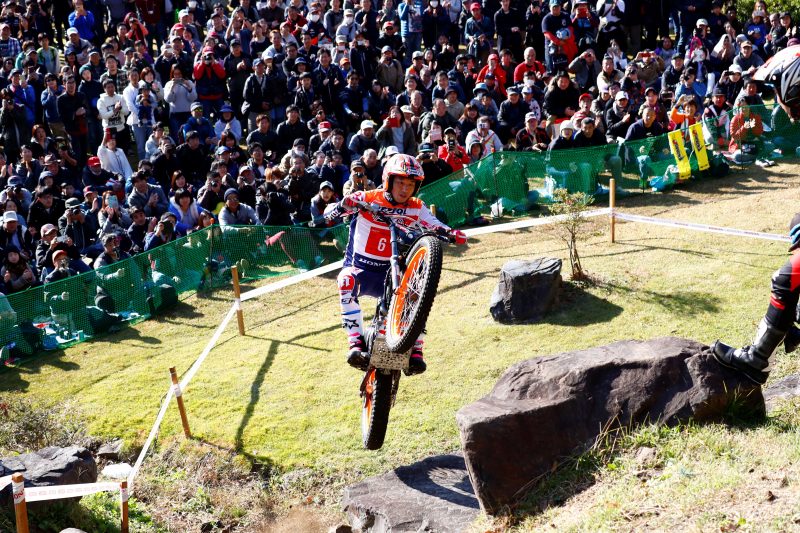 Fujinami: all set for his 25th World Championship season

The Japanese trial ace and former World Champion will contest his 25th season in the world series during 2020.

Valentino Rossi isn’t the only motorcycle rider who will celebrate 25 years of World Championship competition in 2020. Repsol Honda rider Takahisa Fujinami will contest his 25th Trial World Championship, a remarkable achievement for the Japanese ace who also celebrates his 40th birthday on January 13th.

The 2004 Trial World Champion is the longest-serving rider in the history of the series and the only rider to have finished in the top five over 18 consecutive seasons. The secret to his remarkable longevity is simple: his love for trial riding and his desire to continue improving his riding technique.

“The most important thing is that I love trial and I enjoy getting better, day by day,” he says. “Last season my technique was better than before and next season I will try to improve again.”

Since 2007 Fujinami’s teammate has been Toni Bou, trial’s most successful rider, who has won the World Championship every year since 2007, an amazing 13 titles in a row.

“Toni is a very strong rider – I have 100 percent respect for him,” adds Fujinami. “He’s a very difficult rival, a good teammate and also a good friend.”

Bou isn’t the only Repsol Honda rider that Fujinami rides with. He also enjoys riding trial bikes and motocross bikes with Repsol Honda’s reigning MotoGP World Champion Marc Marquez and in the past with multiple MotoGP race winner Dani Pedrosa.

“Marc and I sometimes ride with trial bikes and sometimes with motocross bikes. When we ride trial I’m his teacher! It’s very nice riding with him and every time he tries to be the top rider – he’s always looking to get better and better and better. And he doesn’t like to lose! In motocross he’s on another level – he’s very quick, like a real motocross rider. I’ve also ridden with Dani. We rode NSF100 machines on asphalt and he is a great teacher.”

One of Fujinami’s secrets is riding every day, aboard his Montesa Cota 4RT, developed by HRC in cooperation with Montesa Honda.

“It’s important to ride every day because balance and feeling are very important for trial riders – if I have two or three days without riding I feel a little nervous with the bike when I ride again. The good thing with trial riding is that it’s easy to practice every day; it’s not like road racing or motocross; I can even practice at home. Technique is everything in trial riding – how you use the throttle, the clutch, the brake and the suspension.”

Fujinami lives in Spain, but is a regular visitor to the country of his birth, where last season he scored one of his four podium results in the Japanese round at Twin Ring Motegi. After completing the season third overall he returned to Motegi for the Honda Racing Thanks Day, which brings together Honda riders and drivers from Honda’s unique array of motorsport activities: from the Trial World Championship to Formula 1, from MotoGP to IndyCar, from World Superbike to World Touring Car and others.

“The Thanks Day is a fantastic day because Formula 1 fans, MotoGP fans, motocross fans and trial fans all come together and all the riders and drivers enjoy the event because it’s our chance to say thank you to the fans.”